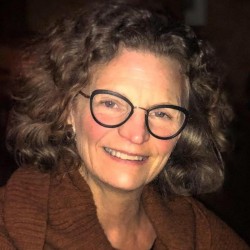 What Will Krishna Do?

I do not envy Lord Krishna when he meets my mother in his Heavenly Abode. Before she passed away in the COVID ICU, my mother called her best friend to announce that she would soundly smack Lord Krishna’s cheeks for putting her in the COVID ICU and tormenting her. I believe she would. Thirty years of undivided devotion to Krishna gives her that license! She called herself, Meerabai–Beloved of Krishna. Her devotion to the Lord was flawless in service and spirituality. In Hinduism, even the Gods must suffer the wrath of their devotees. In Hinduism, grief allows the devotee that right–to rant, rave, beat one’s chest, pull one’s hair out and blame the Gods and people surrounding the circumstances. In Hinduism, you are allowed to grieve the way you want to. In Hinduism, grief is sacred. I was told when growing up in a Hindu household.

Who has a monopoly over grief? Not the bystanders, or neighbors, not your friends or your family, not your siblings, and not even the Gods–for the Gods do not know the first thing about being human with all its complexities. A sudden demise brings a mixed bag of emotions of pain, anger, regret, fear, blame, sorrow, and wagging tongues. Grief is as personal as your underclothing, whether you wear it on your sleeve, or hang it out to dry in the public eye, or wash and wear it in private. Only the bereaved get to make that choice. Grief in whatever shape or form deserves compassion and reverence because no one grieves the same way. COVID-related grief is disenfranchised–one cannot touch, feel, or hear your loved one dying in isolation. Mine was grief unrecognized, imprisoned by helplessness and guilt as I barely managed my asthma and desire to flee the hospital.

On January 20th, 2021, my 74-year-old mother, residing in Kathmandu, Nepal, called me at 4 am. She was running a temperature of 102 degrees. She tested positive for COVID and was admitted to the COVID ward of a private hospital. She didn’t feel too ill, she said, just tired. She was on asthma medication and steroids. Her pneumonia spread rapidly. The doctors moved her to the COVID ICU and administered high-flow oxygen of 55 liters per minute. Within a couple of days, my mother was administered Remdisivir and plasma treatment. I put in my leave at my job, took a COVID test, packed up my asthma medication, and arrived in Kathmandu within 72 hours. I left specific instructions with my husband not to follow me to Kathmandu if I contracted the disease; he was to stay with our girls in the US. When I arrived, my mother was still eating well and calling her friends despite her battle with COVID-induced pneumonia. However, her health deteriorated while her oxygen level fluctuated dangerously. The doctors explained that the white areas on her lung X-rays were spreading rapidly and put her in an oxygen hood to sustain her breathing. Initially, she appeared to improve. She cheerfully called her friends to say that she would be out of the hospital soon. A few days later, my mother passed away. The Nepalese military cremated her body while I watched in anguish from afar.

Kathmandu–this city taps into the psyche like no other. Crisscrossed by memory lanes and dotted by scatter plots that reveal hidden relationships, this city is like a classic novel, a complex piece of literature that gives a novel perspective every time you revisit it! Gossip, idle curiosity, indifference, malice, hearsay, conspiracies, or compassion, kindness, spirituality, reverence, gentleness, and thoughtfulness, submerged in layers of Kathmandu dust. Pick your poison of the day, or immerse yourself in the now by purging all toxicity. Kathmandu–an old, old Soul guarded by thousands of temples, deities, demons, and devas, where everything and everyone is interconnected by Blood or by Salt. A city steeped in the rich Newa Culture, Tantric Buddhism, Sanatan Dharma, and joined-handed Namastes, where “the Divine in Me salutes the Divine in You.” It’s Bob Seger’s Kathmandu, where you get lost to be found. Kathmandu is where I watched my mother’s breath turn to smog and my love morph into heartache.

I relentlessly combed the narrow streets of Kathmandu looking for answers for four weeks: 10 miles every day until the soles of my feet blistered and peeled off; lit my mother’s oil lamp to Lord Krishna every morning; trudged through the throngs of people to the Temple of Goddess Banglamukhi, the Goddess Protector; staggered into the Temple of Batuk Bhairav, the compassionate God; rode over the dusty, broken road to a dog shelter with 175 strays to donate in my mother’s name, and sobbed powerful mantras all night long. I rationally bargained with the God of Death that He has been taking my senior dogs every year, so he ought to leave my mother alone. Just this once. Of my nine disabled, senior rescues, four had passed away within the last three years, and I wanted to guilt Him into sparing my mother in exchange for their deaths. I even banked in my upcoming birthday wish and bartered for my mother’s life. I practiced positive visualization of boarding the flight back to the United States with her. Such gave me momentum and made me feel useful, something to cling to. Subconsciously, I was already in the process of making peace with the physical and spiritual elements surrounding my mother. When life hangs in balance, you gamble all you have on wishful thinking, superstitions, spirituality, and science, all the while praying for a positive outcome. It is called Faith.

I never had the luxury of succumbing to intense sorrow. As a young, single mother raising a child in the United States, I learned how to compartmentalize emotions from the to-do list. People implode or explode; I often resorted to stoicism. Let me cry in the shower later, after I pay the bills, feed the baby, and pay legal fees. Logic and reason became my coping mechanism. I tended to business quietly–solved my problems in silence and without drama. My mother, who spent years shedding tears over a broken marriage, gave me sage advice–if tears are not useful, do not cry. She said, tend to the chores that keep you moving and do not, under any condition, lose your peace of mind. But grief strikes at the most inopportune moment, and sanity is damned! At the US port of entry, the immigration officer asked for the reason for my trip to Nepal–My mother was ill. How is she now? I crumpled and keened, much to the officer’s dismay. Back at home, I said, “Hold me. Do not console me. Do not try to fix the unfixable. Because I need to be whole again, by myself.”

The topic of death was not a new thing between my mother and me. She often said she did not care about how or where she died as long as her Soul transitioned through the final rites of passage. A Brahmin Priest, according to the Hindu Sanatana Dharma, would perform austere worship–for the first 13 days, on the 45th day, on the sixth month, on the first death anniversary, and then annually. I am grateful that my mothers’ friends helped me arrange for her what her Spirit seeks to complete its final journey out of her Gross Body. I found closure to see the Hindu priest in white, practicing austerities in her name, and to see videos of her friends chanting the hymns of the Vedas, hymns she used to sing to my girls. And to watch her first Guru (now in her late 80s) sit in deep meditation before my mother’s garlanded picture. The next day, they held a feast in her name to feed the old, poor, and abandoned. I confess that I do not know how strongly I believe in the year-long rituals; I have never had to examine my faith under such devastating loss. But I would not have it any other way.

My mother was also my spiritual Guru. Burdened with the question of “Who Am I?” she embarked on a spiritual quest of finding herself. When I was 12 years old, I recall painstakingly transcribing her analysis and perspective of every religious book she read. My exposure to Vedanta (Hindu Scriptures) was early on. She often reeled me into spiritual conversations, discussions of Brahma Gyan (Cosmic Consciousness) and Yoga Sutras (the union of the Body, Mind, Soul, and Spirit). These exchanges were non-religious, focusing only on the pragmatics of what it means to be human while searching for Moksha or Enlightenment. We shared a love of Yoga and Ayurveda--the practice and the philosophy of both. She was an avid reader. My visits to Kathmandu meant numerous trips to the bookstores for the latest translations of the Vedas. She was open-minded and listened to my criticisms on the archaic and outdated views of the Manusmriti that only extolled the virtues of man (over a woman). She gave me my first Jaap Mala (prayer beads) and the Gayatri Mantra (the Mantra of the Universe). She taught Shibani and Anushka, our 26 and 12-year-old daughters, their first Sanskrit Mantra, “Om Namaha Shivaya!” which means, “I take refuge in Shiva, the Lord of the Universe!” My mother lived life on her terms, with freedom, independence, grace, and humor. Her life as a divorcee in the conservative Nepalese society of her generation was fraught with challenges. And yet, she rose above the muck to blossom like a lotus flower. February 28th was the 10th day of mourning and purification; it was also the day she gave birth to me decades ago. When I look at my home library packed with all her books, I am grateful that we transcend bodily flesh and blood; we merge at the Atma–Life Force. And I will nag her with my existential question on the meaning of life, now that she is one with Eternity.

When she was alive, my mother and I made a combined bucket list: for her to visit the United States and live in my home; perform a Bhandara (feast for the poor) and host a Sacrificial Fire for world peace; learn chess from Anushka; attend Shibani’s wedding and Ph.D. graduation; celebrate Anushka’s Gunyu Cholo–a coming of age ceremony for girls; plant the sacred Rudraksha and Peepal Trees; introduce her to K-Dramas–full of romance, no sex, and steeped in melodrama; visit the Galapagos Islands, and finally, visit Mount Kailash, considered the abode of Lord Shiva. Since 2019, this was the third time that I carried my mother’s eticket to the US, only to have it canceled for some reason or another. My mother did not plan to depart this way. And I cannot imagine what Lord Krishna will say to his Beloved when she appears at his Heavenly Abode, brandishing a broom and an incomplete bucket list. What will Krishna do about the trail of tears she leaves behind?

Does Grief kill you?

Will you die if you bathe in tears?

Is this incessant process of dying

The only path to healing?

I have yet to learn these turbulent waters

When Grief seeps into my sleep and

Chokes me with each rising wave.

Karuna Chettri Skariah, NBCT, a National Geographic Grosvenor Teacher Fellow, has been featured in Extraordinary Educators by thesentinel.com. She holds a Master’s degree in Writing from Johns Hopkins University and has published in Asknature.com, The Muse, nbpts.org, and g. Karuna, originally from Kathmandu, Nepal, resides in Maryland with her husband, two daughters, and five special-needs senior rescue dogs. She is currently pursuing her Ed.D. in Education Leadership.

To Live Where I Lost You

Between the Memories: The Father I Knew

To My Husband who Made his Hospice Doctor Laugh